Now, we get to see the production taillights too, which have sort of a flattened "teardrop" graphic. It almost looks like a more modern take on the GT86's taillight graphics, which would make sense, although we can't be sure the GT86 served as a benchmark in any way.

In fact, there's a lot of uncertainty surrounding the new Supra, a car closely related to the new BMW Z4, though unlike the Z4, the Supra is rumored to only come with an automatic transmission.

Another fresh rumor suggests that the 2019 Supra won't even be badged as a Toyota. In fact, it could be sold under the Gazoo Racing brand, acting as a launchpad for Toyota's high-performance Gazoo division.

"The Supra will be by Gazoo," stated Shigeki Tomoyama, the man in charge of the sub-brand, while Akio Toyoda himself insisted that the new Supra needed to be more aggressive than what was originally planned, a conclusion he arrived at after driving a pre-production model.

"The new car has to appeal to the existing owners first," said Toyoda. "The old cars had a straight-six engine, twin-turbochargers and rear-wheel drive; the new car has to have the same philosophy." 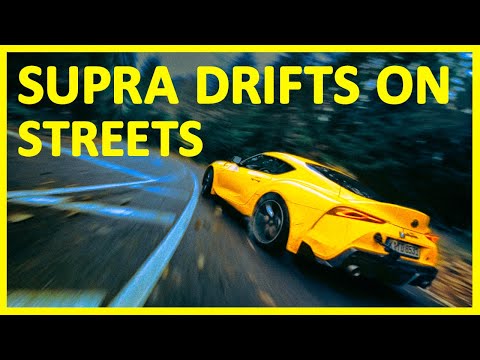